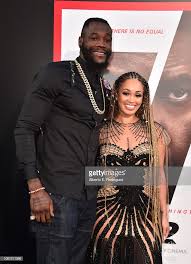 British fans will have to set their alarms (or stay up all night until 5AM) in order to catch the highly anticipated event, while American onlookers will have a nice 9PM anticipated start time. The result is too close to call but if you must have a bet, use this bgo promo code so you bet with the bookies money.  I think I would put my money on Fury….

The two heavyweights have been clashing in the build-up to the match-up, building up an exciting feeling ahead of the kick-off, but there may be reason to keep one eye on the fighter’s other halves.

Telli Swift, Wilder’s girlfriend, has moved to social media to back up her man, amidst a flurry of harsh back-and-throwing between the performers.

also be out in force to watch her man. She recently moved to social media to announce her arrival on US soil and will certainly be watched as has she passionately follows the fight with concentrated eyes.

There has been no confrontation between the partners as of yet, but with the war of words building up between the two heavyweights, there could well be some added spice from their female counterparts prior to Saturday’s event.

Both fighters have their unbeaten professional records on the line this week, with this labelled both fighter’s biggest challenge to date, and the winner will surely be catapulted to the top o the pile to take on current main man in boxing, Anthony Joshua.

AJ currently holds three of the big four heavyweight belts, the IBF, WBO and WBA versions, and will be expected to fight with the winner of Saturday’s encounter to unify all four belts. Whilst the neutral boxing fans will simply be hoping that this fight is a fair fought-battle, the money men would likely be cheering on Wilder.

Should the American beat Fury and get the chance to take on AJ to unify all four belts, the world of boxing will not only have two of the biggest boxing nations ready to take each other on, but the whole globe would be following much the more closely than they would had it been an all-British clash.

Which of the duo do you expect to come out on top? Could there be a clash between the heavyweight’s WAGs?