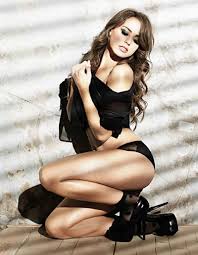 The Arsenal captain and Belgium international has certainly not had a good season with the Gunners. Some costly errors and poor performances eventually led to him being dropped by the manager Arsene Wenger. To compound matters, for him personally anyway, his replacement Laurent Koscielny then went on to form a rock solid partnership with Per Mertesacker at the centre of the Gunners defence.

His being dropped does not seem to bother the Spanish champions Barcelona, though, because they have been continually linked with a transfer move for Vermaelen, although the sports betting websites do not really think the odds are very strong for it to happen. Perhaps they have seen photos of his girlfriend Polly Parsons, because the chances of anybody deciding to move away from such a gorgeous girl are pretty slim.

What is the betting that the distraction of going out with Polly Parsons was the reason for his loss of form in the first place? The 29-year old is an actress, model and TV presenter, so her work would make it unlikely that a move to Barcelona in Spain would be likely. I would wager a lot of money that the 27-year old central defender would not want to live in another city to his stunning girlfriend, never mind another country altogether. If she is distracting him from his football now, just imagine how bad it would be for him to wonder what she was up to while he was away.

I am pretty sure that Arsenal fans do not need to worry about losing Vermaelen this summer. Despite dropping him last season, Arsene Wenger still thinks a lot of him and will not want to lose his club captain for the third summer in a row, following the transfers of Robin van Persie and Cesc Fabregas. Lucky Arsenal fans should still get a chance to feast their eyes on Polly when Vermaelen is out on the town again. 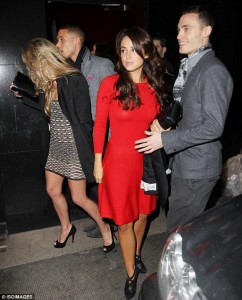