I don’t know how much they are paying her, but Sunderland striker Kieran Richardson’s girlfriend, Natalie Suliman, must have earnt every penny when she spent the day walking up and down Oxford Street in December to advertise lingerie for M&S. 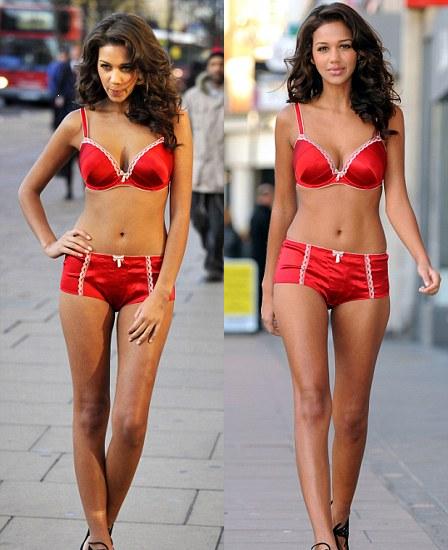 When she first stated her campaign with Marks And Spencers their sales of lingerie went up a massive 163%, so she is obviously extremely popular with the lads (and ladies as they are doing most of the buying!)

The walking in the cold (I bet that made a couple of her attributes stand out!) was to publicise a new service where a couple of male models (see below) help the ladies pick out some special underwear for Christmas.

“The ad has caused quite a stir,” said an M&S spokesperson. “Not only have we seen a real uplift in our bra sales, but we have also received hundreds of calls asking who the model is.” 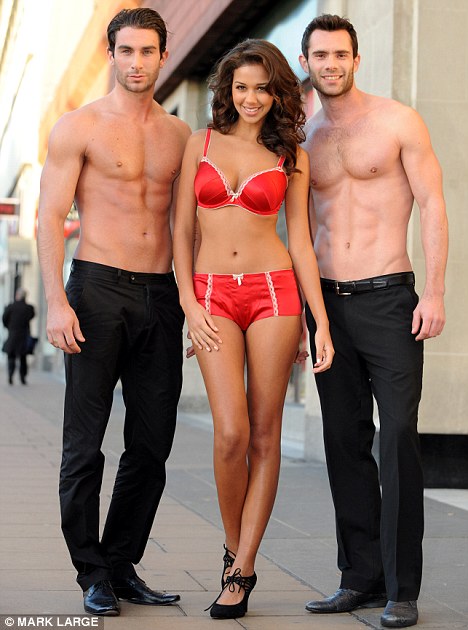 Why am I not surprised by that! Well, you don’t have to ring up, because i’m telling you that her name is NATALIE SULIMAN!