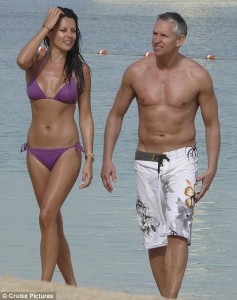 Alex (Curran), the wife of Liverpool captain Steven Gerrard, is aware of all the strange rumours that have been flying around the internet for the past week, and has now come out and categorically denied that there is any problems between her and her husband at all!


“There have been loads of rumours going around Liverpool saying that me and Steven have split up, that he’s moved to a hotel and ridiculous things like that,” she told OK magazine.

“I’d like to set the record straight. We have never been happier. I wouldn’t mind the rumours but we don’t even argue.” ......Read the full article here 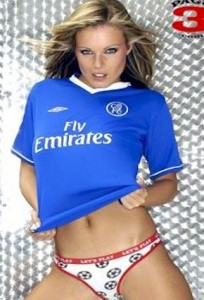 Chelsea are flying high at the top of the league with just four games to play, but are their fans top-of-the-league in the sexiness stakes?

I have been doing some strenuous high-powered “research” searching around the internet for some of the hottest babes to wear a Chelsea Shirt and I must admit I have found some impressive samples. But don’t worry if you are not a Chelsea supporter, I will be looking for babes dressed in every Premiership team’s colours. ......Read the full article here

Although it looks like the great romance between Cheryl and Ashley Cole is over, it seems that Cheryl is finding it hard to think of having a life with another man, and is still keen on having a big family despite the revelations of love-rat Ashley still carrying on his party lifestyle without her.

“Cheryl has convinced herself she’s not going to find another man. It’s consuming her at the moment – and it’s one of the reasons why she hasn’t decided she’ll definitely divorce Ashley. ......Read the full article here