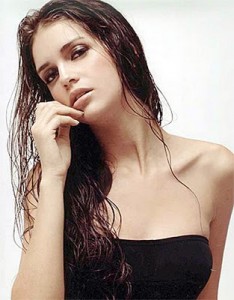 As Spain’s fantastic football season comes to end, the Golden Boot will soon be decided and Lionel Messi and Christiano Ronaldo are neck and neck, or should we say boot to boot! So here at Just Wags News we decided to hold our very own Golden Booty Awards with their gorgeous girlfriends. First up we have Antonella Roccuzzo (21) who is the stunning fiancé of Lionel Messi.

They have known each other since childhood, and she was born in Lionel’s hometown of Rosario, Argentina. Although the two have tried to keep a very low profile during their relationship and public appearances have been few and far between they have been gaining more media attention since she moved to Barcelona, where not only will she be very close to Lionel but is also continuing her studies, and spending her spare time playing at PartyCasino.com. So this Argentinian lady is not only beautiful and intelligent she has also has Lionel Messi – what more could a girl ask for! 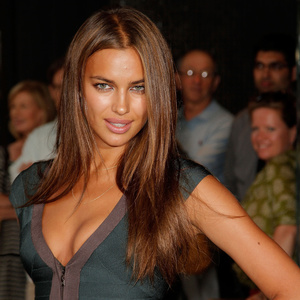 Irina Shayk (26) is the beautiful Russian girlfriend of Christiano Ronaldo and, although Ronald has allegedly been linked to numerous women in the past, he has been dating this supermodel for quite sometime. Irina was born in Yemanzhelinsk, Russia and started her modeling career at the age of 19 in Paris. In 2007 she made her debut in the annual Sports Illustrated Swimsuit issue and has appeared in every annual edition. This gorgeous model is in great demand but also finds time to help raise money on behalf of a Russian Charity, Pomogi (means Help Me in Russian) which provides care to sick children. Compassionate, talented and hot – what more could a man ask for !

Who do you vote for in The Golden Booty Award?