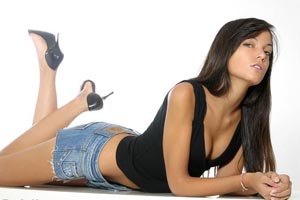 Michela is a beautiful 20 year-old actress who had a big hit in Italy last year with the award-winning film Scusa Ma Ti Chiamo Amore (Sorry if I love you) and is a very hot property in her native country.

She certainly seems smitten with Aquilani, as she was quoted as saying: “Alberto is the most important love story in my life. Ours is a connection like one in a film.

“I dream of marrying him one day. Ours is a love that gives your cramps in the stomach.” 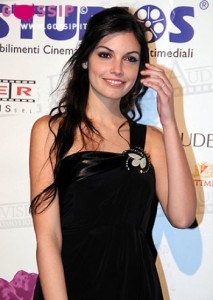 The Daily Mail compared her favourably to Steven Gerrard’s missus Alex Curran when she first arrived in Liverpool. They said: Just when Alex Curran thought she was top WAG at Liverpool FC again following rival Claudine Keane’s departure, another footballer’s spouse has moved into her territory.

While Michela’s tanned skin was natural compared to Scouse WAGs’ orange faux glow, she does seemed to have picked up some WAG habits already – by carrying an oversized designer handbag and wearing a pair of Ugg boots. 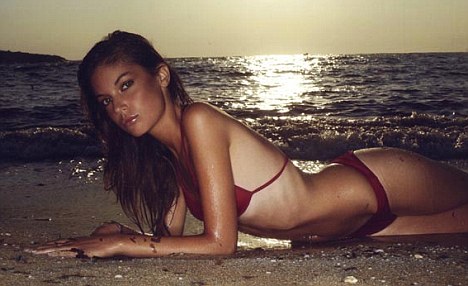 I’m sure we will be seeing a lot more of Michela Quatriocche once the sun comes out! And we all hope that Alberto doesn’t leave Liverpool this summer, because England will be a lot poorer without Michela.