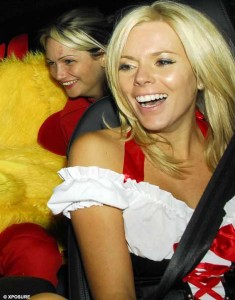 This article comes from the football website Just Chelsea News and tells how John Terry’s wife has decided to go brunette, and is going to be an entrant in the International Horse of the Year show at Olympia!

The article said: The Chelsea captain John Terry has been with his bubbly blonde wife Toni Poole for a long time, but now she has decided to change her image with a complete change of colour.

She is starting a new life as she is trying to break into the horsey world of dressage, which she is taking extremely seriously.

After a year of intense training she is now going for the big-time, and will be appearing at the International Horse of the Year show at Olympia, in front of over 90,000 people.

“I’m scared witless,” she said (Well i think it was “witless!”) “There are people who have been doing dressage all their lives – sweat, blood and tears. I don’t just want to come in and have an easy path. I want to work hard and deserve it.” 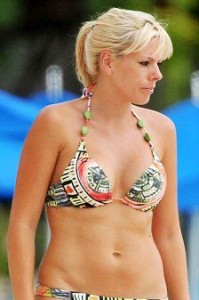 “I’ve always worked and I feel strongly about having my own career. That only ended when I fell pregnant. I’ve tried to avoid the spotlight. I am exceptionally proud of John – what he has achieved since he was 17 is amazing.

“But now the children are more grown up I can exert myself a bit. Before I felt I was John’s wife and a mum first and foremost. Now I think I have something to say – especially about the equestrian world. My aim is to get to the top levels of dressage. I don’t just want to be known as John’s wife but also as a working mum.”

She then went on to say that she didn’t want her kids to grow up being spoilt brats, and to remember their parents humble beginings, despite him being one of the highest earners in the Premiership. 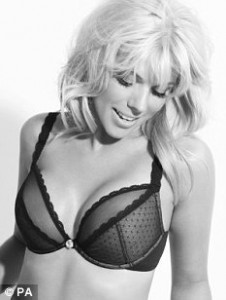 “John earns an amazing amount of money,” says Toni, “But I want our kids to understand that it doesn’t all come on a plate and that they’re very lucky. I want them to have manners and be respectful. We both grew up in Essex with parents who worked their hardest to provide for us. I remember me and my sister had to sleep on the floor in sleeping bags. John and I know the value of money and a good education.

“I’ll sit at home and surf the internet. I love finding a bargain, but I’ll look at the price tag and if something is too expensive I won’t buy it.” 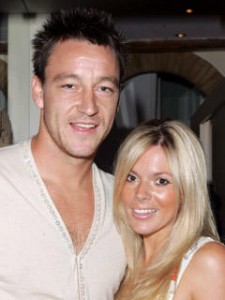 Then she was asked what made her go for a complete change and turn brunette, and apparently it’s her natural colour!

“I wanted a change.” she said. “I had been thinking about it for so long then one day I woke up and thought, right, let go for it. It’s my natural colour. I’m really happy with it. I am conscious of how I look. I want to look good for my husband but also for myself.”

I promise i shall post some pictures of her as soon as i get them!