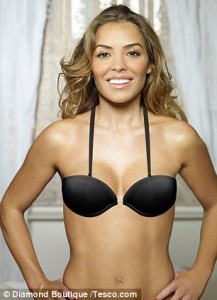 The Chelsea and England midfielder Frank Lampard has voiced his support to the news that Fabio Capello is intending to ban all the Footballers WAGs (Wives and girlfriends) from the World Cup in South Africa this summer.

His then girlfriend, Ellen Rives, was present at the last World Cup, and Lampard feels that having the WAGs around just causes a distraction to the most important football competition in the world. There is no room for error in a tournament that only comes around every four years.

‘Listen, if I’m chosen to go, then the World Cup is a once-in-a-lifetime opportunity. If you say that for those four to six weeks I have got to be away from my girlfriend, then I’ll take it. I don’t want the women staying somewhere round the corner, so I’m thinking, “Does she want me there today? I want to rest today, I don’t really want to go out and see her, but the other players are going, so should I?”‘


‘It is definitely, definitely a good thing. If I’m honest, I felt this at the last World Cup.’

‘If we progress to the next stage and we are there for six weeks, the manager has mentioned there might be a day when wives or girlfriends and kids could come. Maybe if we get to the quarter finals and there’s a week or so to the next game. That might be the way forward. If it was me in charge, that’s what I would do.’

At last! A footballer that actually takes the World Cup seriously. He sounds like he actually intends to win it. And if there are no WAGs around at least John Terry will be concentrating on the football too!