The Queen of the WAGs Victoria Beckham, and her lesser-known husband David (the England footballer), were out on the town in LA to celebrate her photoshoot for the front cover of Harpers Bazaar, and an interesting looking pair they made too! 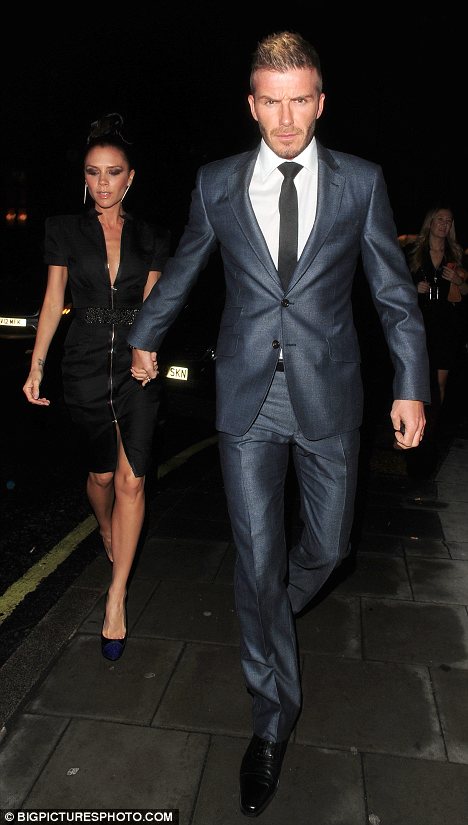 They were out in the Connaught Hotel in Mayfair for the celebratory dinner with Gordon and Tana Ramsey, who revealed that they will be going to the Beckhams for Christmas dinner.

The famous chef said that he wouldn’t be doing all the cooking though, it would be a joint effort. Ramsay, said: “Christmas Day is a big day and we are going to have lunch with David and Victoria. We’ll all be together.”

“The secret about cooking with families together is delegating, so we’ll all be doing something I’m sure.

“Whether it’s Victoria doing the roast or David carving the turkey or Tana making the sauce or me doing the Christmas pudding, we’ll all be helping each other.” 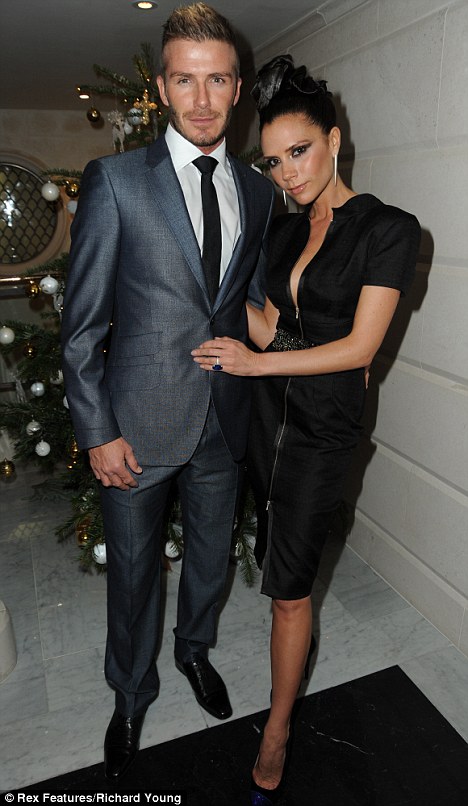 Victoria also told how she prepares for a photoshoot by turning herself into a “character” called, surprisingly, Victoria Beckham!

I go into hair and make-up, and I turn into “Victoria Beckham”.

“I’ll try on all my dresses, and I’ll pick out a handbag, and I’ll put on the shades. I instantly turn into this person, and it sort of feels like a character. And there are so many pictures of it…..But it’s a true character because it’s still me,” she says. 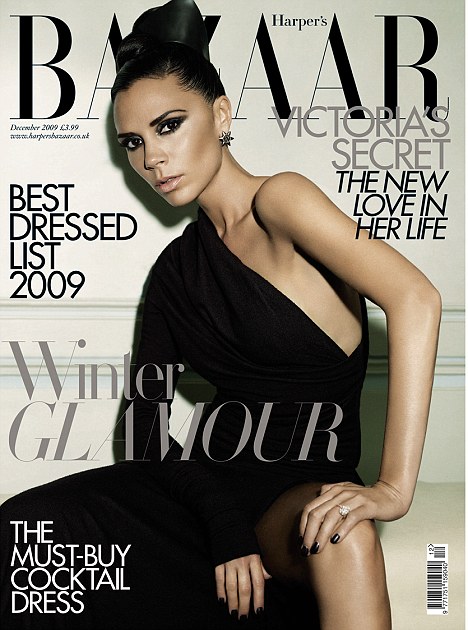 And here is the result, on the front cover of the famous “Harpers Bazaar”