The gorgeous Danielle, who is also a famous lingerie model, will be ideally placed to give a running commentary on the fads and fashions of the World Cup WAGs that are expected to be on parade in South Africa.

Fabio Capello has already famously banned the England player’s WAGs from the team hotel while they are concentraiting on winning the trophy for the first time since 1966, but some WAGs have already spoken out and said they will be there to support their partners whether Capello likes it or not! 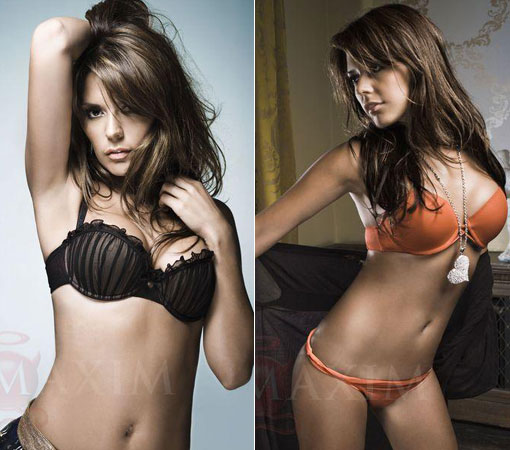 The Daily Mail seems very sure that Danielle is being lined up to partner Chiles on the ITV morning programme, but her agent refused to confirm more than that she was having talks.

Becca Barr said: ‘We are in negotiations with ITV but no particular topics have been discussed.’

It would certainly liven up our enjoyment of morning TV if we had Danielle Bux on there to look at!