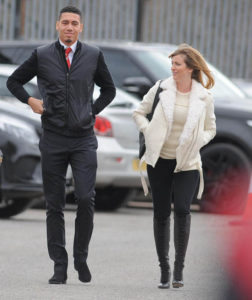 Smalling has been at Manchester United since Alex Ferguson bought him as a youngster from Fulham and has had a brilliant career, winning two Premier League titles, an FA Cup, a League Cup, a UEFA Europa League and three Community Shields in his seven years at Old Trafford, and our experts over at www.online-betting.org are tipping his team, now managed by the iconic Jose Mourinho, to be among the favourites to lift the Premiership title next season to add to the League Cup and the Europa League trophies that United lifted last season. 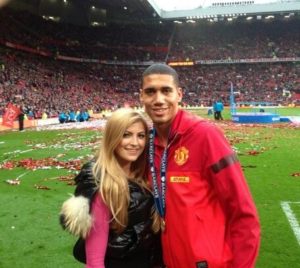 Cooke is arguably just as famous as Smalling, and the unblushing bride was probably best known from her time as a Page 3 girl, but has also appeared numerous times in glamour mags including FHM, FRONT, Maxim, Loaded, Zoo and Nuts, but has now changed her perspective and is now on the other side of the lens in her own photography business.

Chris is a very lucky man to have such a beautiful WAG and we wish them a long and fruitful life together….