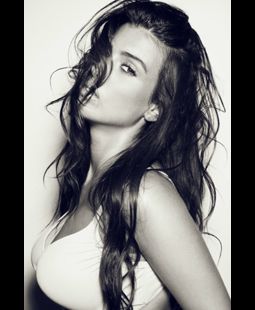 After seeing pictures of Bacary Sagna’s gorgeous wife Ludivine, I can see why the Arsenal right back has often got a smile on his face. Like most Arsenal players, Sagna and his wife do not court publicity, even though she is part of a model agency. The couple are happy and settled in London, which is good news for Arsenal fans everywhere but especially those who might spot her around town.

Like her French international husband, Ludivine is from France and that is where they met, in Auxerre. Sagna came through the youth system at Auxerre, and began his professional career with the Auxerre B team before making 87 league appearances for the first team. He helped them to win the French cup in 2005 and became a Gunner in 2007. 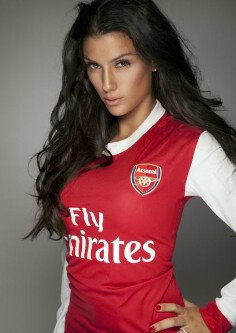 The couple have two children, the eldest already in the English school system. Hopefully, Sagna will not want to uproot his family and will extend his current contract at the Emirates. He does now have some strong competition from the young right back Carl Jenkinson and that can only help to improve both players, but If I was given some free bets I would definitely back Sagna to get his first team place back again once he’s fit.

Ludivine does not play football herself, but she sure looks good in an Arsenal top.

One thought on “Arsenal Wag of the Week- Ludivine Sagna”