Okay she is gorgeous, but surely the team would have been concentrating on the game rather than looking who was in the audience. It looks to me like they are clutcching at straws, but I would probably keep an eye on this lovely lady if she was close to me in a crowd!

Straight after the game Sara went sraight up to her boyfriend and asked: “How did you manage to muck it up?”

“I don’t know what to say,” he replied. “I don’t know if this defeat will have consequences. The dressing room is fed up.”

Telecinco, the TV station she works for, asked Carbonero afterwards if she thought that she had influenced the players during the game. She replied: “Can I destabilise the team? I think it is nonsense,”

She was lately voted as the sexiest journalist in the world, so you can understand their worriesm, but really, blaming her for Spain’s defeat is just going a little too far! 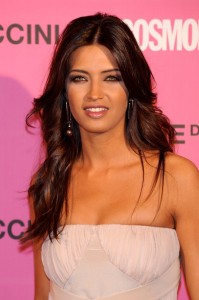 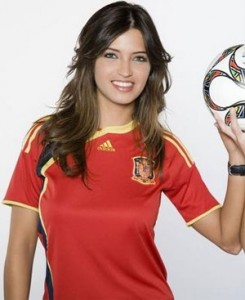 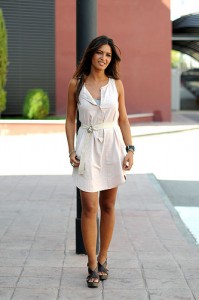