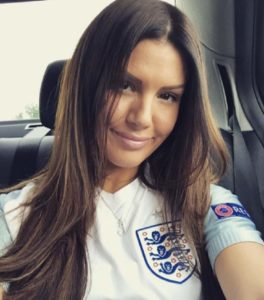 Andy Bell from freebets.org says Rebekah’s husband is a big price for first goalscorer this weekend, at just bigger than 3/1 (4.0), but Mrs Vardy will not be watching from her seat at the King Power Stadium as she enjoys a taste of reality TV on I’m a Celebrity Get Me Out of Here.

The gorgeous WAG is among the frontrunners to win the show, set in the Australian outback, and her stories about Peter Andre will only have moved to bring further attention to the show.

Mrs Vardy claimed that she had a one-night rendezvous with the Mysterious Girl singer, and described him as being the worst lover she had been with, while likening his percy to that of a ‘miniature chipolata’.

These claims have been somewhat backed up by previous comments made by ex-wife Katie Price, formerly known as Jordan, where she described his manhood as an ‘acorn’.

Andre has not taken the comments kindly strangely enough, and has tried to jokingly brush of the embarrassing tags with a comedic pic on his Instagram account.

Her husband Vardy is yet to comment on the story, but he certainly seems to be finding form on the pitch whilst his wife is in the jungle… Read into that what you will!