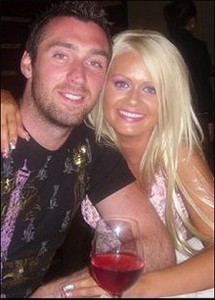 The WAG was branded ‘rude and arrogant’ by the judge in court, despite being cleared of driving a car at a traffic warden, but she didn’t allow that to get to her as she was out celebrating within days.

Shevlin is set to marry the Hull City goalkeeper in the coming months, and took a big group of friends down to London by train, before boarding a party bus to take them on their travels, from cocktail bars to a swanky restaurant. She is obviously one lucky lady considering her acquittal and preparing to marry a very rich footballer, so perhaps we should have given her the top list of Starburst bonuses before she hit the London casinos!

Her husband is not enjoying the best season on the pitch however, with his side’s survival in the Premier League out of their hands. Hull City will need to win their final Premier League match against Manchester United, while Sunderland need to lose both of their two remaining matches against Arsenal and Chelsea (very likely!), or Newcastle to fail to win their match against West Ham at the weekend.