There is always talk before the big competitions as to whether the national team managers will allow the wives and girlfriends of the players into the team hotel while the tournament is in progress. The Wales manager Chris Coleman has already banned the WAGs from their hotel, but when the Ireland manager Martin O’Neill was asked if he would be following suit he replied: “Well, it depends on how good looking the girls are,”

“If they are really attractive, they’re very, very welcome. The uglier ones, I’m afraid not.”

His veteran midfielder John O’Shea refused to join in the tongue-in-cheek discussion when he said: “My wife and kids are coming over to support, if I’m selected in the final squad. I’m experienced enough to be focused on the job in hand which is getting out of the group,”

Of course O’Neill’s comments were not considered very funny by the National Women’s Council of Ireland. Their director Orla O’Connor, made it clear that his comments would be tolerated, and O’Neill was quickly put in his place! “There is no place for sexist comments of this nature in Irish football, particularly at this level,” she said .

“Interest and participation in soccer among girls and young women is growing in Ireland, and the Euros should be used as an opportunity to increase these participation levels, not for comments such as these.” 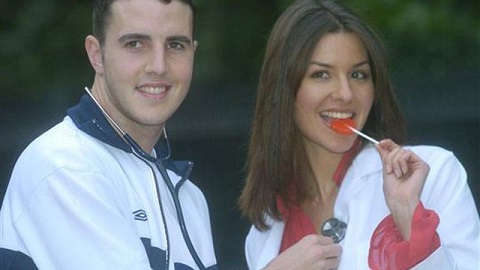 Well, let’s take it in the spirit of the Irish Craic that O’Neill meant, and let’s decide if O’Shea’s wife Yvonne would be allowed in the hotel or not!