Girls and Wives of Famous Poker Players: What it means to be a poker champion living the high life 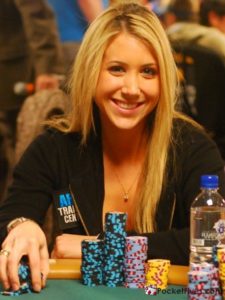 Poker has been big business ever since the World Series of Poker was established. With an annual tournament held every year in Las Vegas, the stakes are high, and the participants keep increasing. A poker tournament champion can win multi-million-dollar cash prizes with the addition of a poker bracelet which serves as the trophy. There’s no wonder that the number of participants increases every year. In addition to the prestige, there is also the possibility of living a life full of glitz and glamour.

You’ll have the opportunity to connect and get acquainted with many famous and influential people. And for the men who love poker, this can also mean a slew of beautiful ladies surrounding you at any poker event. As a testament to this, famous poker players around the world have some widely publicized personal lives. Thanks to paparazzi and social media, the stunning wives and girls of big-time poker players around the globe often steal the limelight.

In the UK for example, Brit Trickett’s total earnings of $10 million made him quite an eligible bachelor. Unfortunately for some, he already had an equally gorgeous girlfriend, Natasha Sandhu. She is a model who would regularly post stunning photos on Instagram. 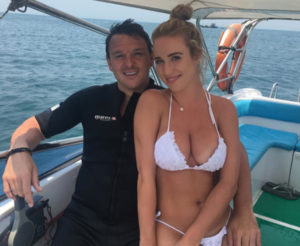 Some good things never last though, because they eventually broke up and Sam Trickett went on to marry Mieke Trickett. There was no surprise there because she is no less than a blonde stunner.

Another poker star who is no stranger to being a man of the ladies is Daniel Negreanu. He has been linked to several lovely women such as Hungarian beauty queen Krizstina Polagar and TV host Amanda Leatherman. What about those who find love while playing poker? This happened with poker couple Eric Lindgren and Erica Schoenberg. Erica is not only a great poker player and blackjack player, but she often goes to Instagram to share modeling and fitness photos.

Of course, it’s not always about living the high life. Every poker champion attests that it takes hard work to get to the top. Not only should you truly love the game, but you should have the dedication to learn the skills. How does one become a professional poker player, to begin with?

To be a professional poker player is a step-by-step process. Even if you have a passion for the game, you can’t become a professional by simply wanting to become one. Preparation is a key aspect of succeeding in this cutthroat game.

To become a professional, you have to be ready to make the effort. Realistically, only about 5% of all poker players can turn it into a full-time career. Before this can happen, you need to be able to sustain yourself while studying to become a pro. You also need to be prepared for the dynamism of the game.

Being good today doesn’t mean you will be good forever. You have to keep your skills sharp in order to make it big.

You May Need a Lifestyle Change

A poker professional has a demanding schedule which includes traveling and late nights. There is also the possibility of going through financial uncertainty. This means that being a pro poker player can be challenging if you have a family. Expectations need to be set if this is the direction you wish to take.

You also need to understand that being a pro poker player means your career will not pay for any additional benefits such as health insurance and taxes. It will be similar to running your own small business where you have to account for all the overhead expenses related to the operation.

Consider Having a Long-Term Goal

If you do decide to break into the world of professional gambling, consider how this will impact your life in the next several years to come. Don’t become a player out of a whim or excitement. This needs to be your passion if you want to make it big.

With this in mind, it is no easy feat to break into the world of professional poker. However, there are some who have made it their life’s passion and become wildly successful. Here is a list of the best WSOP winners:

These are only some of the best poker players currently active in the scene. Their stories inspire many enthusiasts that even at a young age, you can really make a killing in poker tournaments. Surely poker can indeed be anyone’s ticket to a good life filled with excitement and adventures, but there is no easy way to get to the top, you really have to work hard for it.