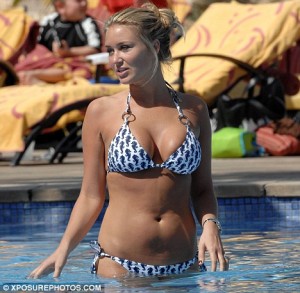 The football gossip site CaughtOffside.com has indicated that this player is Gerrard, and it has also been said that the information came from the same person that broke the John Terry affair with Vanessa Perroncel.

Terry tried to get a “super injunction” preventing anyone from reporting the rumours about his affair, and it has been alleged that this “major Liverpool player” is at this moment trying to impose the same gagging order on anyone repeating these allegations. 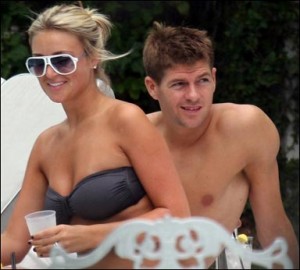 The rumours go on to say that Gerrard’s wife Alex has been having an affair with the Derby and Scotland striker Kris Commons, and that Gerrard is already planning to move to a foreign club in the summer to escape from all the media storm that would accompany the revelations, if they proved to be true.

I must stress that I have absolutely no way of knowing whether the rumours are true, I am simply reporting what has been written on other websites, and I hope for Steven Gerrard and England’s sake that they are totally without foundation, because they could throw England’s World Cup preparations into disarray.

***What was he doing with mice and Vaseline!***