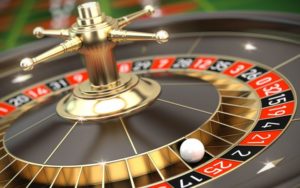 One Premier League star is believed to be aggrieved at the fact this his partner has dropped over £100,000 in one night at the casino.

This particular lady should have signed up to an online casino and read up on the Apollo God of the Sun Slot Review and stayed away from the fast-paced gambling facility, where it can be easy to get caught up in the bright lights and atmosphere.

The footballer and his wife go unnamed in this particular article, which could be down to one of two reasons.

Wayne Rooney has been named for losing over £500,000 in the same establishment earlier this year, and the staff may well have been instructed that any future famous people are to remain anonymous.

Rooney splurged the vast sum at the Manchester235 casino in only a two hour sitting, spending over £4,000 per minute on average, predominantly on roulette supposedly.

Our latest loser however was the wife of a top PL star, and the current player is believed to now have worries over the control of his partner according to an unnamed source.

They said: “He is sensible with his money and has earned millions throughout his career and done all the right things – bought a house, made investments and sorted out a nice pension.

“His wife enjoys the finer things in life and the trappings of wealth. But he was shocked to learn she had lost so much money in one go.

“He doesn’t mind her having a flutter, but he remains a working-class lad at heart and he wouldn’t dream of losing that kind of money gambling.”

The story is beyond bleak, but does insist that this loss was also incurred on the roulette wheel.

Rooney’s splurge was believed to have been due to the England international losing his control, and ‘chasing’ his supposed losses on the table, whilst swearing under his breath.

A witness revealed: “He was gambling a lot on red when he was playing roulette — which seemed appropriate — and was putting long-shot bets on solo numbers. He kept losing but that just prompted him to bet more.

“He was chasing his losses, which was just making things worse for him. People in the casino were looking at him and were stunned at what was happening.

“He was cursing under his breath and seemed to be in his own little world — fixated on the tables and all the machines around them.”

If there is a lesson to be learned here, it is that it is best to gamble at online casinos rather than live ones!