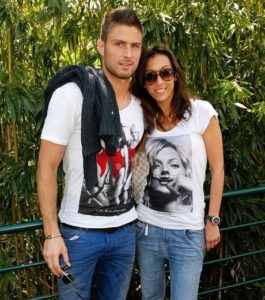 The Arsenal striker Olivier Giroud has been told by the France manager Didier Deschamps  that he needs to be playing first team football if he wants to be selected for the French team to play in the World Cup Finals in Russia this summer, but the 30 year-old could stand to miss out on his potentially last major tournament before he retires from international football. He helped France get to the Final of the European Championships two years ago, and with France 6/1 third favourites to go all the way at the World Cup he won’t want to be watching it at home. He could check out the Betway Bonus 2018 code if he wants to have a free bet on them, but it’s not quite the same as actually playing!

But he knew that last summer, as when Arsenal bought Alexandre Lacazette to be first choice striker at the Emirates, Arsene Wenger told Giroud that he could look for a new club where he would be guaranteed first team football if that was what he needed to do. He was approached by a few clubs and was even called up to Goodison Park by the then Everton manager Ronald Koeman to discuss the chances of a permanent transfer to Everton, but Giroud finally decided against moving to Merseyside and opted to stay in London.

But it seems that the reason he didn’t move to Everton was simply because his wife had just got pregnant and she didn’t want to go through all the hassles of moving. In fact the Stoke midfielder Charlie Adam told Radio 5 live:  “I heard his partner [Jennifer] refused the deal.

“The deal was nearly done, he wanted to come, but I heard it was his girlfriend or wife that turned it down.” 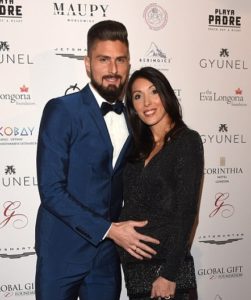 Girlfriend OR wife is a bit harsh Charlie! But it was also reported in the Mirror: “The striker’s wife Jennifer is also expecting their third child and they are settled in London – so that rules out a switch to Merseyside.

A source close to the ­situation at Arsenal said: “Olivier does not want to disturb and uproot his family.

“Ideally, he wants to stay but he needs football – there are options in London for him.”

West Ham and Palace are both ­interested, initially in a loan deal.

Both can offer him first-team football with the decision being left to Giroud.”

That certainly doesn’t give Giroud many more options than staying at Arsenal, and there is no way that his Mrs will let him go to another city on his own while she remains in London, not after the shenanigans in 2014 when Olivier was caught out inviting a model to his hotel room hours before a Premier League match and had to beg Jennifer to take him back.

So can you really see Giroud going to West Ham or Palace? Two teams that already have strikers and are hardly going to win trophies. I can’t see Wenger allowing him to leave or Giroud wanting to either.

Has his wife done Arsenal a favour?

One thought on “Olivier Giroud’s wife could stop him playing in the World Cup!”