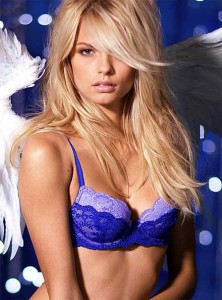 As the new owner of Reading FC, Anton Zingarevich, has lot to smile about. Not only is he flying high into next seasons Premier League, but on his arm will be his jaw dropping, glamorous wife.

Anton, (29) a businessman from Saint Petersburg, and with a family fortune worth approximately £460 million, saw a picture of this foxy lady, and asked his friend to introduce them. Yekatarina (Katsia) Damankova, then just 19 years old, was skeptical at first, but the couple have now been married for nearly 3 years, as she revealed to the Russian newspaper Komsomolskaya.

Although Reading will probably not have the entire razzle dazzle of the New York scene she is used to, Katsia 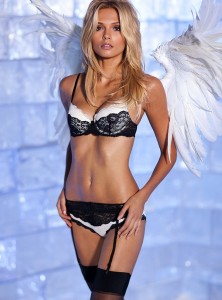 Zingarevich is in very high demand as a model. And with that in mind she could probably wear a raincoat and a pair of wellies and still look delicious in the stands of the Berkshire Club. Now there’s an idea for her next photo shoot!

At 17, she earned the prestigious title of Ford’s Supermodel of the world, and in 2010, was signed up as one of the new faces of Victoria’s Secret Lingerie.

So as Reading returns to the top flight, beautiful blonde Katsia, will be preparing herself for life on the top slot of my Wag list 2012, if not the worlds !