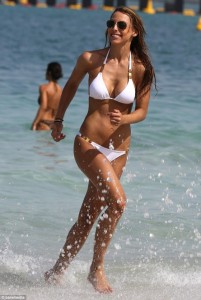 When Liverpool FC signed the Belgium international keeper Simon Mignolet from Sunderland this summer, it meant that previous first choice stopper Pepe Reina decided to move to Napoli to join former Reds boss Pepe Reina on loan for the season. That left the 31-year old Australian keeper Brad Jones still as the number two between the sticks. Brad will have been hoping to see more playing opportunities, but the new man’s performances have been excellent, so Brad may have to just see Liverpool play from the sidelines.

It’s not so bad, though, because he has his gorgeous girlfriend Dani Lawrence to keep him company. They have been together for a few years now, and she gave birth to the couple’s first child, a son, last year. The couple seem to love family life, and Brad seems content to wait for his chance in goal. I’m sure he will get it, because he played 15 times last season, with Reina as the main man, so he will surely get a chance. In the meantime, at least he is in an exciting city with lots of chances to see all sorts of events live.

It is hard sometimes for players who know they are waiting for another player to get injured or suffer a loss of form for them to get regular football, but if you have a happy home life with a stunning woman to keep you company, it must be easier, and Brad Jones certainly has that, as these pictures show. 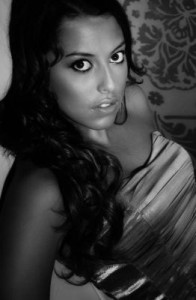