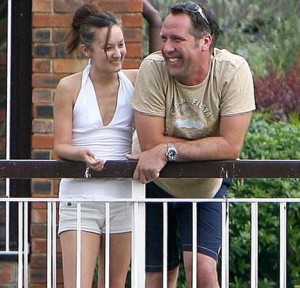 Debbie was granted a quickie divorce yesterday, and is thought to be entitled to a £2m payout from Seaman. She is staying at their mansion in Hertfordshire, while David has moved in with Frankie.

Debbie said that the marriage was “irretreivable” and proclaimed: ‘There’s no turning back now, though, as I have two young children to think about.


‘As far as I’m concerned Frankie is welcome to him,’

Perhaps this will be third time lucky for the Arsenal legend?