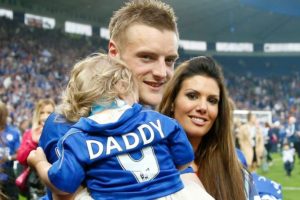 The England striker is claimed to have had a falling out with his mother about his current partner over a year ago, and the pair are not believed to have spoken since. The married couple have a one-year old daughter, who is likely not to have met her grandmother when you consider the reports.

Vardy will no doubt have scored last night, which will likely see him left out of tomorrow’s friendly with Australia, but it is worth looking at Betfred to get on the 6/1 (7.0) to be top scorer for his country in Euro 2016. For a free bet, look up excellentpromocodes.co.uk for details on securing a free bet for the tournament so you can back Vardy with Betfred’s own money!

The striker has been in top form this season, highlighted by his record-setting run of scoring in 11 straight PL matches. Despite his impressive term in a central role for title-winning Leicester City, he looks highly likely to be utilized on the wing for his country, but that has not stopped him scoring so far in an England shirt. Vardy grabbed the winner against Turkey on Sunday, and is likely to thrive playing off of Harry Kane in attack.

The Three Lions are yet to announce their final 23-man squad for the tournament as of yet, but Vardy is surely a shoo-in to be on the plane.

Will all eyes be on Vardy this summer? Or maybe his new wife wil be the eye-catcher?