At the weekend we witnessed our side beat Croatia in a nervy 2-1 win from a losing position, showing some real character and bravery to book our place in the semi-finals of consecutive tournaments, with us qualifying ahead of both Spain and the Croats in what was an immensely strong group.

We are now in the hat to take on Portugal, Switzerland and the Netherlands to become the first winners of the new UEFA Nations League, with England currently favourites to win the inaugural Finals. To get the very best price you should check out bettingbonuscode.com to get the very best money-back deals. The draw is set to take place in December, before the tournament is held in Portugal next June.

England’s WAGs have previously been blamed for our poor showings in tournaments, with much of the spotlight surrounding them causing a frenzy, and distracting the players from their jobs at hand, but Southgate has seemingly culled the media frenzy, whilst including the WAGs into his preparation for matches, including holding celebratory meals after stages of each competitions including all the families of players.

The England boss is quoted as saying: “The players have their families with them.

“We are going to keep that tradition of them coming in and having dinner with us.

“Those things have played their part. I think we’ll enjoy it — and then we go again.” 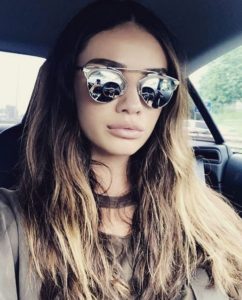 It is hard to take the spotlight completely off the WAGs however, especially with the likes of the stunning lingerie model Ruby Mae (pictured left), who is currently dating Spurs midfielder Dele Alli, as well as a number of other adored ladies such as page 3 stunner Sam Cooke, who is married to Chris Smalling.

We covered Smalling’s luxurious wedding to Sam last year on this link.

As you can see the Man United defender is a very lucky man, and how wouldn’t having a dinner with Sam before the game not be good for the England team? 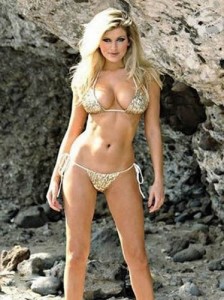 All England fans alike will be putting their club rivalries behind them next summer as England look to win their first competitive tournament since the famous 1966 World Cup victory, but I’m just hoping that the pressure doesn’t get too much for our boys out in Portugal.

I’ll personally be hoping to avoid the home nation with Cristiano Ronaldo looking to add to his wealth of honours….

Has Southgate found the perfect balance on and off the pitch? Do the WAGs cause a distraction for our lads?