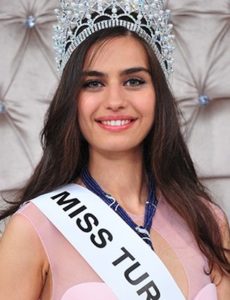 It is being reported that Arsenal’s brilliant German midfielder Mesut Ozil has found himself a gorgeous girlfriend (and maybe future wife) in Amine Gulse, who, like him, is of Turkish descent but was born in Gothenburg in Sweden. The lovely Amine won the Miss Turkey competition back in 2014 and went on to compete in the Miss World competition although without success.

She currently lives back in Turkey, in Istanbul, and the now model and actress has been seen with the Arsenal star many times in recent months, both in London and he has also visited her in Turkey whenever he gets a chance to escape from the rigours of playing in the Premier League.

The beauty is extremely gorgeous and only 23 which is 5 years younger than the German international so he must be feeling like he is heaven right now. The latest news is that they have both been seen wearing engagement rings and apparently they are planning a summer wedding in Istanbul with their families. 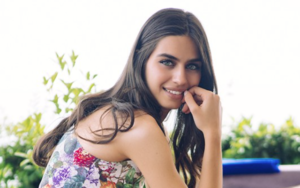 Ozil has played brilliantly for Arsenal in the last few games and is definitely on the top of his form at the moment He has been Man Of the Match in his last three matches and has definitely been playing for a new bumper contract at the end of this season when his contract runs out although he may get better offers from clubs other than Arsenal if he keeps putting in performances like these.

But tonight he could maybe visit his fiancee as he is certain to be given a rest when the Gunners take on West Ham at the Emirates. Arsene Wenger has already announced that he will be playing a reserve side against the Hammers although the Gunners are still hot favourites for the game at 1.53 according to Sports on Bwin. Arsenal have won 12 of their last 13 games at home at the Emirates so that could be a very good price if you fancy a bet, but their chances will be reduced by giving Ozil the day off! The fact is that the Gunners also have a very difficult game against Liverpool coming up on Friday, so Wenger will be happy that his first team is fresh for that crucial match rather than worry about tonight’s result, in a competition where he has traditionally always given his youngsters a chance to impress.

I’m sure Ozil will be fresh and full of beans on Friday if he gets to spend the night with his fiancee tonight!

One thought on “Has Arsenal’s Mesut Ozil got engaged to an ex-Miss Turkey winner?”