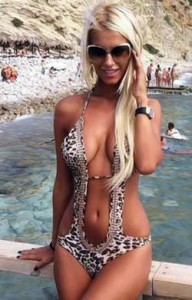 Greek striker Georgios Samaras was not seen as a fantastic scorer during his time at Manchester City, but he has scored a belter this time [thought I better not say screamer].

Alexandra Loizou is a professional model and TV presenter. She was born in Greece, so she will be cheering on Georgios when Greece get Euro 2012 underway on Friday June 8th.

Looking at Alexandra, as I have been forced to do in order to write this story, I can see why Samaras might have trouble concentrating on his football. Now the Greek striker plays for Celtic in the frozen North, he needs something to keep him warm on the cold winter’s nights, and I cannot think of anything better than his gorgeous girlfriend. 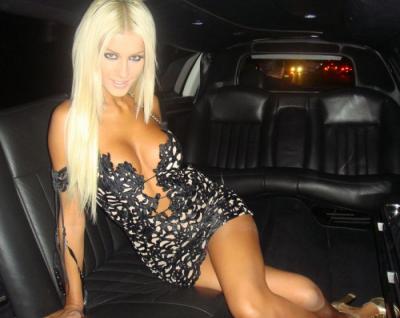 The stunner formally dated Selcuk Sahin who plays for Fenerbahce and Turkey. Now his team are not in Euro 2012 and he has lost Alexandra to Samaras. No wonder the Turks and the Greeks don’t get on.