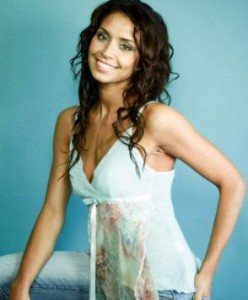 “He is known for being a very intelligent bloke, and obviously I see that as well. That contents me very much. You need someone to be able to have a conversation with you and be on the same wavelength, and he is like that. He is very, very smart. It’s going well but it’s still early days.” she said.

“He hasn’t met my parents. He was in Belfast, he met my sister Nicola, but he had met her already anyway. But all the papers said I was taking him back to meet my parents. Nonsense! I have just got so used to reading nonsense…” 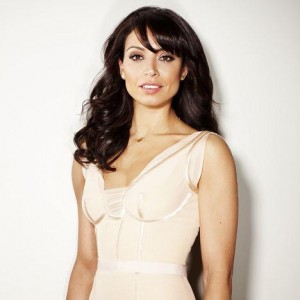 “The other day I read a scathing article that said I was ‘overambitious’ and wanted to be the next Cheryl Cole and practically take over the world. Every word was the opposite of what I am. It was a complete lie, a fabrication. I was upset when I read it,’ she says.

Christine has no intention of living in the limelight, some some famous WAGs, and she also is keen to have children at some point in the future, but she refused to be drawn on her future with Frank. “Having children is the most important thing a woman will ever do, and being a good mother is the most important job in the world.” She said, “And I think if you can’t do a good job you probably shouldn’t do it. If I do it I want to do it right, and if I am at that stage when I can’t do it right then it will not happen,”.

“I don’t want you to feel I am being weird about this but well, you know, it’s just early days. It’s very relaxed and very private and that’s just how I like it.”

Well good luck to her, and I hope Frank will make her very happy!