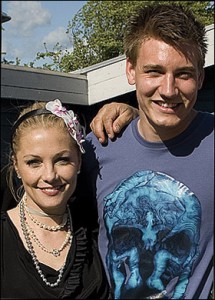 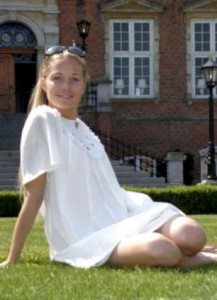 In Denmark their love affair is seen as a “fairytale” due to her Royal connections, and a Danish commentator told the Sun: “There have definitely been a few eyebrows raised about the age gap and the difference in their personalities.

“But overall, people here are really delighted for them both.”

The Arsenal striker and the Baroness have become “an item” over the last few months, and are rapidly becoming the Posh & Becks of Denmark, especially since Nicklas won the Danish Player of the Year award.

They certainly seem very happy together. Anyone fancy a Danish?