Despite the age difference (she is 34 and he is 21), they seem to be extremely happy together, and she even flew over to London to help him celebrate the hat-trick he scored against Porto in the Champions League earlier this month.

She has two children from her marriage to multi-millionaire banker Rory Fleming, and Bendtner gets on well with Alexander, six, and Josephine, three. She gained £400m from the divorce settlement, but was already rich in her own right as a member of the Danish royal family. 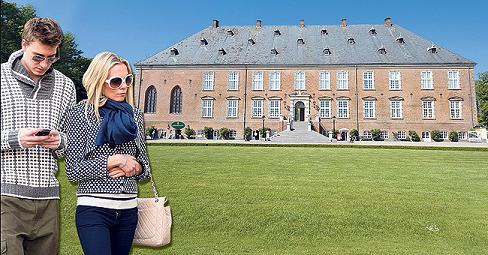 With Bendtner’s astronomical wage added to Caroline’s pile, from Arsenal I reckon they could just about afford the upkeep on such a sumptious pad. Don’t you?