After the terrorist bombings all over Europe this year, including the multiple deaths at the Stade De France on the night of a France international match that made the area around the ground look like a war zone, there are obviously serious worries about further atrocities being committed at the Euro2016 competition to be held over the next month or so.

With thousands of footballers and fans arriving from all over the world the event will be a nightmare to police, so there is little surprise that there will be acute security measures put in place o minimise the risks to the England team as much as possible.

One big risk that has been noted is the fact that the team’s WAGs, who are mostly celebrities in their own right, will be taking to social media sites like Twitter, Facebook and Instagram, and revealing private data about where the England players will be when they are not playing. There will be a blanket ban on players, FA officials and Wives and Girlfriends from taking any photos inside the England base at Chantilly, and revealing any personal details to the world. 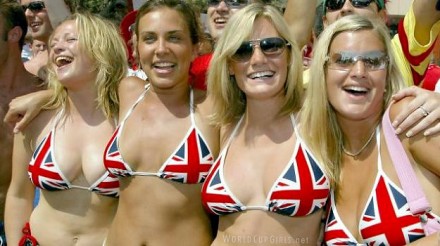 The WAGs should resist the temptations of going to nightclubs and casinos, and instead stay in and watch the games in their hotels. I suggest they should visit sites like bestbettingwebsites.org.uk to get some free money off the bookies to have some bets on their hubbies and boyfriends! It will give them a bit of interest while they watch the England team progress to the quarter-finals before being knocked out on penalties!

If you are going to France yourself, remember to extra vigilant wherever you are…