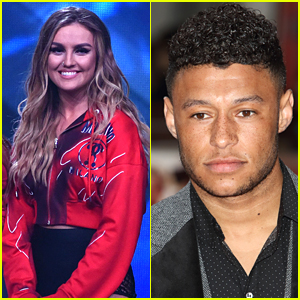 Out of Arsenal’s WAG collection, there is tough competition for the accolade of ‘hottest WAG’. From Mesut Ozil’s Miss Turkey fiance Amine Gulse to Olivier Giroud’s stunning wife, the Gunners know how to bag a worldie. However one Alex Oxlade-Chamberlain could potentially be leading the race for the most sizzling WAG if some of his girlfriend’s instagram posts are anything to go by.

During a recent throwback picture of her and two pals in Maldives, her instagram post reached 200k+ likes with her and friends pictured minimally-clad in a pool. She used the words: ‘Take me back’: with some peach emojis for effect. Certainly not one to hide away from the limelight. 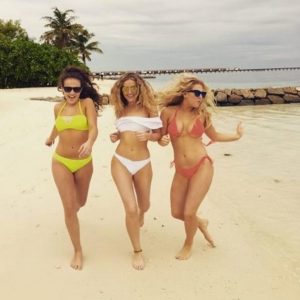 The Ox has been dating Little Mix’s popstar Perrie Edwards since the turn of the year, a relationship that has hit the headlines thanks to their celebrity status – a relationship reminiscent of David & Victoria Beckham’s who collectively have a major fortune that even winning the major jackpot on fantasyadventureslots.com wouldn’t even scratch their surface. However while Little Mix may be the new Spice Girls, Oxlade-Chamberlain is still a long way off reaching the heights of the former Manchester United No.7.

Currently the two are apart as Edwards tours the USA with her all-girl band, with a recent Snapchat revealing how much she is missing her man as she resorted to talking to a photo of the England and Arsenal star in her suitcase with the caption ‘This is what it has come to 🙄😂 #GetMeHome’.

Considering Arsenal are enduring their worst run in the Premier League since 1995 with four losses from their last five games, the lack of a WAG distraction will force Oxlade-Chamberlain to focus on nothing but helping the Gunners out of their rut that has seen them drop down to sixth.

Hopefully absence makes the heart grow even more fonder for the A-list duo.